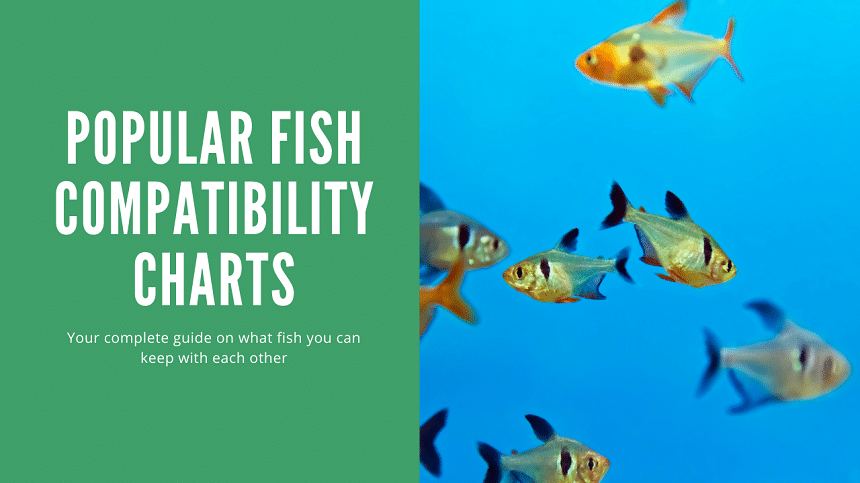 Thank you for visiting! By the way… any links on this page that lead to products on Amazon and other stores/partners are affiliate links. Aquarium Store Depot earns a commission if you make a purchase.

Trying to figure out what fish get along with each other? A freshwater fish compatibility chart is a great way to figure what fish you can keep with each other. While there are other factors that contribute to compatibility, it’s a good general guideline when figuring out what fish you can keep. It’s always best to look at a reliable chart before considering a purchase or a stocking plan.

What Are Compatibility Charts?

Some charts are more detailed than others. A general chart is good for looking at general compatibility. There are also species specific charts like African Cichlid compatibility charts that will go through all the various types of cichlids and determine which types get along with each other.

Below are a few charts to help you make informed decisions based on the type of aquarium you are keeping.

Below is a general guideline on freshwater aquarium fish and their compatibility with each other. Keep in mind that compatibility can vary based on the temperament of the fish. There are also some extreme varieties in fish species that are outside of their norm. A good example are Buenos Aires Tetras, which are known for eating live plants. Always do extra research before making a purchase.

Below is a list of major marine fish species and their compatibility with each other and corals. Keep in mind with marine fish, there can be vast differences in personality. A yellow tang can be very peaceful while another can be very aggressive fish and a terror. Personalities vary more in saltwater fish – especially when it comes to determine whether they are reef safe fish.

While the chart supplied below is a good general guideline, every fish is different and many charts do not go into great detail about specific species within the fish breed. Let’s talk about these other factors. These especially are important to consider if the fish you are looking to house are labeled as a “c” on the chart.

Fish within the species you want may have varying temperaments. A good example are Tiger Barbs. These Barb Fish are considered semi-aggressive fish while Cherry barbs are considered peaceful and will get along with many peaceful fish.

There is individual fish temperament to take into account as well. Some fish within the same species will be more aggressive than others. You will often see this with male and female species. The males will typically be more aggressive. Another factor to consider is if the fish is breeding. Many cichlids will get more aggressive and territorial if they are breeding.

Some fish are more laid back than others while others are very active. Good examples would be discus fish and dither fish like danios. Sometimes mixing a calm fish with a hyper active fish can be problematic as the more peaceful fish will have trouble competing for food. Other times more active fish can help more timid fish relax.

Some fish are cold water fish – like goldfish while others like Betta fish prefer the higher end of tropical water temperatures (76-78 degrees). Others like Discus fish do better in warmer waters above 78, which would be harmful to other fish. Most fish compatibility charts will not cover water temperature differences, so do your research on the fish’s individual needs. Check out my freshwater fish profiles as I have many popular species documented on my site.

Every fish occupies different areas of the tank. This is most pronounced with bottom feeders who will only stay near the substrate. Too many bottom feeders in the tank could result in aggression issues. Balance out the spacing of all fish in all areas – bottom, mid-level, and surface swimmers. You can create a friendly freshwater fish community tank if you keep in mind these three levels.

Size of the fish can be a major factor in compatibility. Some fish have large mouths. While they may not be aggressive, their mouths may be big enough to shallow smaller fish. In general, they to avoid adding fish that can fit in the mouth of the existing fish you already have.

Water chemistry like pH and hardness can create issues with compatibility. African cichlids require hard water and higher pH while many tropical fish prefer softer and lower pH water. Some compatibility charts will not address this. There are also species with the classes of fish listed on the chart that could have major differences. A good example would be certain Discus species that prefer low pH in the 5 range.

Some fish, particularly Cichlids, are territorial1. They will stake a claim on a space and become more aggressive if there isn’t enough space or shelter in the tank. While two fish can be compatible on paper, the aggression caused by lack of space and shelter will cause problems.

To work through this, build up your aquascapes with shelter like live plants, aquarium driftwood, and/or aquarium rocks. A fully scaped out aquarium should curb many aggression issues.

Manzanita offers it all. Great shape, low tannins, quick to water log and reasonably priced. It's the ultimate driftwood!

When it comes to marine fish, nearly all fish on the saltwater aquarium side are going to be aggressive or semi-aggressive. This has to do with their natural environment, where they constantly battle for prized shelter in the coral reefs. This is the main reason why it’s more difficult to keep many fish in a saltwater tank even with stellar filtration.

This can be a full blog post in itself. I feel the best way to explain this is to differ to PrimeTime Aquatic’s channel. He’s an amazing content creator, and a regular at various tradeshows I’ve been to. This video will show you how to introduce your newly purchased fish.

While this particular video does not addressing quarantining, I do have a quarantine blog and video post that is marine fish related. The same principals apply, though in freshwater most aquarists will not use medications prophylactically.

What Fish Are Compatible with Each Other?

Many people mistakenly believe that all fish can live together in the same tank. This is not true. Some fish are compatible, while others are not. The following list provides a few examples of compatible fish:

How Do You Know If Fish Are Compatible?

There are a few things to look for when trying to determine if two types of fish are compatible. Aggression is one factor – if you place an aggressive fish with a timid one there will be constant harassing. They’re probably not compatible. Size is also important – you don’t want a small fish getting eaten by a larger one. Temperature and activity level are also important – you don’t want two fish that need radically different water temperatures or fish who have opposing activity levels that bother the slower moving fish. And finally, water chemistry needs should be considered as well – some fish need harder or softer water than others.

What Fish Should Not Be Together?

What Is A Good Combination Of Fish For An Aquarium?

There is no one perfect combination of fish for an aquarium, but there are general guidelines that can help you create a healthy and balanced ecosystem. For example, it’s generally recommended to have a mix of bottom feeders, surface swimmers, and mid-level fish. This helps to create different levels in the tank, curbs aggression, and provides a natural habitat for the fish.

Another important consideration is the size of the fish. It’s important to choose fish that are compatible in size, so they don’t outgrow their home or become aggressive towards other fish. And finally, remember to research the specific needs of each type of fish before adding them to your tank; not all fish can tolerate the same water conditions.

I hope the charts supplied today helped you in determining if fish you are thinking of housing together are compatible. I am aware that the charts are general guidelines and more specific sub-species may require questions. If you have such questions, leave a comment below and let’s start a conversation. Thanks for reading!

Mark is the founder of Aquarium Store Depot. He started in the aquarium hobby at the age of 11 and along the way worked at local fish stores. He has kept freshwater tanks, ponds, and reef tanks for over 25 years. His site was created to share his knowledge and unique teaching style on a larger scale. He has worked on making aquarium and pond keeping approachable. Mark has been featured in two books about aquarium keeping - both best sellers on Amazon. Each year, he continues to help his readers and clients with knowledge, professional builds, and troubleshooting.
Follow on Facebook Follow on Twitter

ALSO IN THE AQUARIUMSTOREDEPOT.COM BLOG 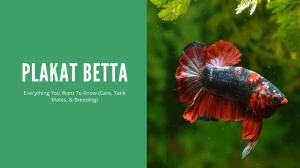 If you’re looking for a fish that keeps you occupied with its fascinating activities, then the Plakat Betta is the right species to try out. There are a lot of misconceptions about the fish in the aquarium line. And because of that, you might mistake them to be on a completely different care level than on what they originally are.
View full article → 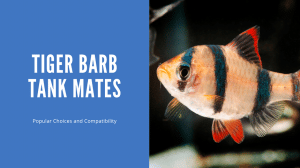 Tiger Barbs don't have a friendly composition, but how they drive out lethargy from your aquariums is worth admiring. While going through different fish profiles, they are listed among the most incompatible tank mates. One of the reasons why they give a tough time to aquarists is lack of information on their behavior tendencies.
View full article → 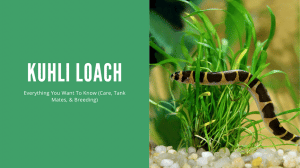 The Kuhli Loach is a freshwater fish found in the tropical regions of southeast Asia, which include China and the Philippines. They’re a very unique looking fish that features long eyelashes, long whisker-like barbels (known as mystacial vibrissae), and a slim body that resembles that of an eel.
View full article →

Get the latest on sales, new posts, and new videos! We don’t spam. Scouts honor 🙂

Sign up to get the latest on sales, new releases and more…
0 shares